There isn’t much that Dua Lipa and I have in common, but we do own the same sunglasses. They’re from a brand called Lexxola and you have probably been seeing them everywhere without even knowing it. Everyone from celebrities like Lipa and Kaia Gerber to mega-influencers like Emma Chamberlain has been rocking this brand recently, so to help you decide which Lexxola sunnies you should buy for yourself, I tested out two of the brand’s frames to find my favorite. Consider this your official Lexxola sunglasses review.

If you’re unfamiliar with these particular sunnies, here’s everything you need to know. Lexxola is a sustainable luxury eyewear brand that designs cool-as-hell unisex lenses that celebs and normies alike can’t seem to get enough of right now. The Lexxola factory is powered by renewable energy and the brand is an official member of 1% for the Planet, which means that they pledge one percent of their annual revenue to non-profits that work to build better, more sustainable cities. All of their styles are handcrafted in Italy and arrive at your door in 100 percent recycled packaging.

Lexxola currently sells seven different frames, all of which feature their signature tinted lenses in multiple colorways. Whether you want a pair with a trendy, chunky frame or some more classic sleek aviators, they’ve got you (and your face) covered. While all of their styles are cute, their most popular amongst celebs is the Damien. Dua Lipa and Emma Chamberlain both favor the blue lenses, while supermodel Kaia Gerber prefers the orange and black option.

In trying out the brand, I knew I had to give their most popular frames a go. That said, I couldn’t stop myself from trying out their latest silhouette, too.

Our mission at STYLECASTER is to bring style to the people, and we only feature products we think you’ll love as much as we do. Please note that if you purchase something by clicking on a link within this story, we may receive a small commission of the sale. 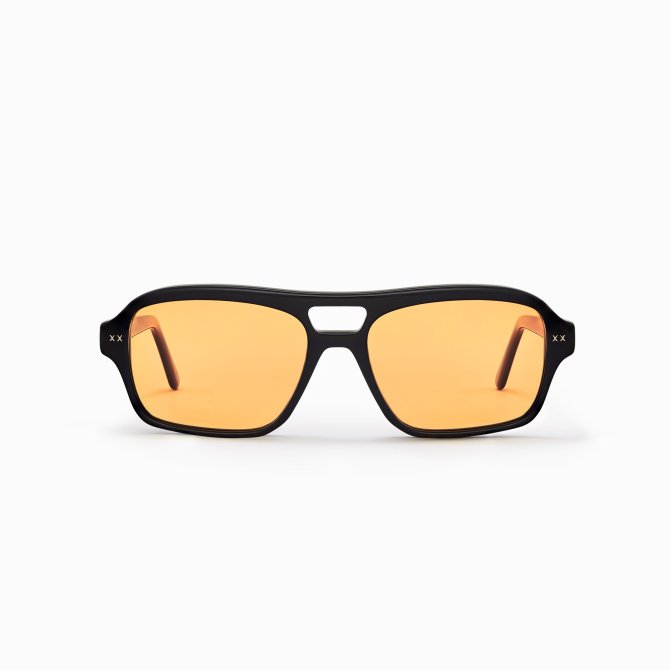 To start, I followed Gerber’s lead and went with the Damien frames in the orange colorway. While I love adding some color to my otherwise very basic wardrobe, I have to say that these were more saturated than I expected. The lens color is bright orange (like, a little brighter than you might think), so dress accordingly or risk clashing with your look.

But, they’re trendy as hell and I cannot deny how cool I feel while I have them on. The orange lens doesn’t offer much protection in the people-watching department (as in, you can 100 percent see my eyes through them), but they’re still super fun. 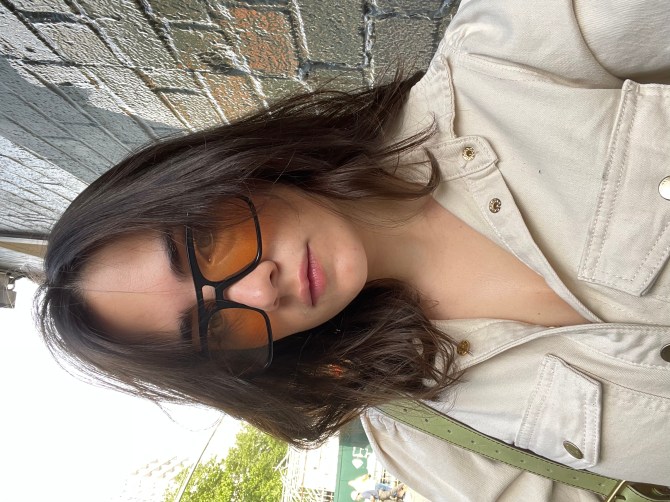 Following the success of the Damien frames, Lexxola has launched a brand-new style called the Antonio. And these ain’t your average sunglasses! Instead, these lenses were designed using some pretty specific data, so of course, I had to try them too.

To come up with the perfect style to add to their collection, Lexxola reverse-engineered the design process. Rather than start over from scratch, they used real-time community feedback on their existing best-selling styles to create a frame that’s truly the best of both worlds. The resulting rectangle sunglasses were formatted to be a 93% combination between the Damiens and the Jordy frames, another cool-girl favorite. 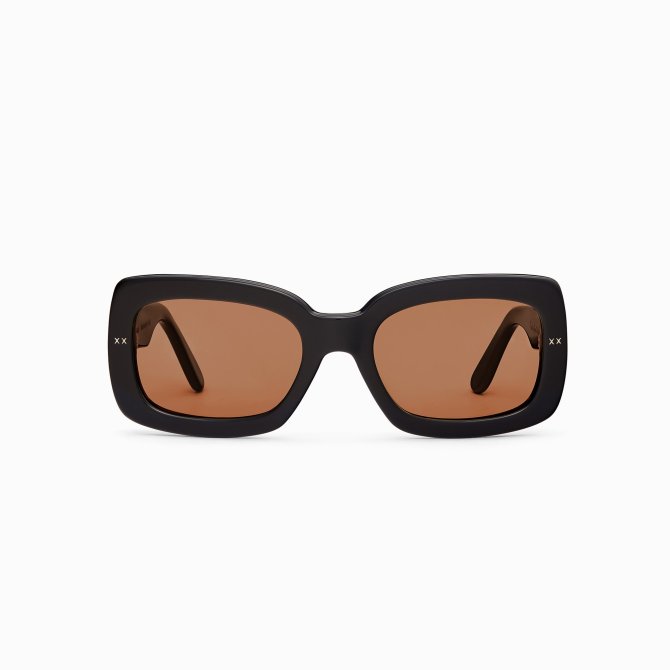 I’ve got a feeling that The Antonios will be just as popular as the Damiens, if not more so. The frame is a happy-medium between the massively-oversized silhouettes that were everywhere a few years ago and those super-thin alternatives that have been influencer favorites for months now. The Antonios feature the same square shape as the Damiens, but with an elongated silhouette that has softer edges more similar to the Jordy frames. The frames themselves are also thicker than the Damiens, so they give off a more ’90s-inspired look.

The Antonio lenses are also a little more opaque than the Damiens, so I felt just a little more anonymous on my morning walks. I got the black-brown color combo, but I’m seriously considering buying the all-black colorway to round out my Lexxola collection. 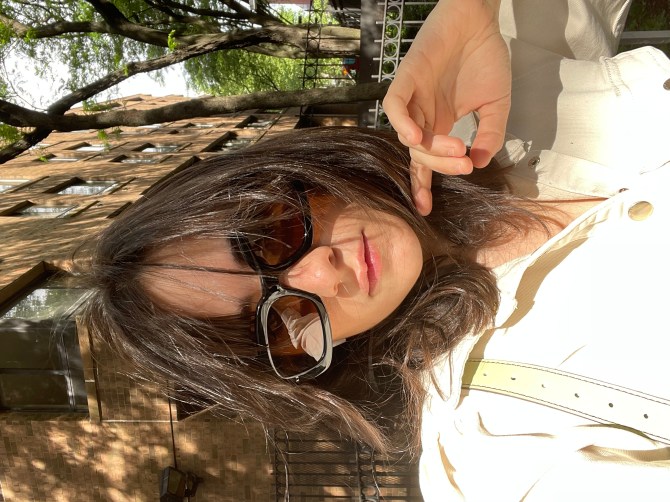 While I do love both pairs, I think that the Antonios better fit my sunglass needs in the end—and here’s why. Basically, I need a pair that is no-fuss. I’m more of a grab-them-and-go type of gal when it comes to my accessories, so the brown tint means my Antonios are way easier to style. The slightly more opaque lenses also make these glasses ideal for people-watching and the chunkier black rim covers up more of my often makeup-less face, so overall I prefer them.

If you’re sick of wearing the same old black sunnies everywhere, I highly recommend either of these Lexxola picks to get you started on the tinted lens look. If you love hiding half your face from the world, try the Antonios. If you want something more trendy, the Damiens are for you. With options this good, you can’t really go wrong.